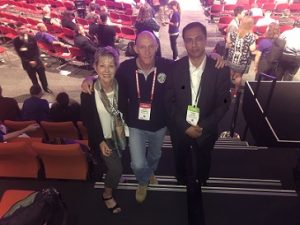 The Australian Labor Party National Conference held in Adelaide on 16-18 December 2018 adopted a positive resolution on the question of Western Sahara urging the UN to proceed without further delay with the organisation of the referendum of self-determination and to press Morocco to implement all UN resolutions pertaining to Western Sahara and calling on the Australian Government to ensure Australian companies have regard to international law regarding the importation of resources and products from the occupied areas of Western Sahara until the legal status of the Territory is determined and the Saharawi people are allowed to exercise their inalienable right to self-determination in accordance with relevant UN resolutions and Peace Plan of 1991.

Text of the Resolution:
Australian Labor Party Resolution on Western Sahara
Adopted by the National Conference on 18 December 2018 in Adelaide
END_OF_DOCUMENT_TOKEN_TO_BE_REPLACED

The Australia Western Sahara Association welcomes the recently concluded first round of negotiations held on 5-6 December 2018 in Geneva on the UN mandate to conduct a referendum on the sovereignty of Western Sahara.

“We are very pleased that the two parties – the Government of Morocco and Polisario – have met after six years of suspended negotiations” said AWSA President, Lyn Allison.

“We thank the Personal Envoy of the UN Secretary-General, Horst Köhler, former President of Germany, and all those who contributed to the resumption of the negotiations process.” (continued…) 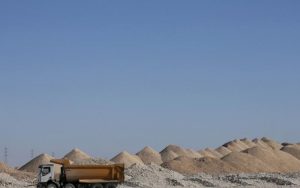 New Zealand Prime Minister Jacinda Ardern spoke of human rights and international cooperation when she addressed the United Nations in September.
But what will she do about the fact that two New Zealand companies are the last buyers of phosphate rock from occupied Western Sahara?
Read article from Pambazuka News > 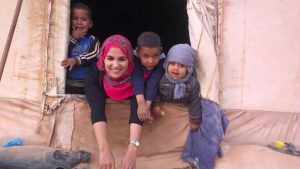 OPINION: I have never been to New Zealand. But what happens in the ports of your country is deeply affecting me and my people. As a refugee, living on the other side of the world, I am disturbed by the role that a country, so far away, can play in the conflict that has made my life so complicated.
A series of articles has recently been published by Stuff, regarding New Zealand’s imports of phosphate rock from Western Sahara. That is my homeland, occupied by Morocco.
New Zealand is the now the only country in the world that buys phosphate rock from Western Sahara. Importers in the United States and Canada have just terminated the controversial imports.
Read article >>

Tony Wall, National Correspondent, www.Stuff.co.nz
14 September 2018
New Zealand could easily stop buying “stolen” phosphate from the occupied Western Sahara and use a more environmentally friendly version, a soil scientist and independent fertiliser operator says.
The Stuff series Growing Pain has shone a light on how New Zealand has been thrust into the centre of the world’s most protracted refugee crisis by continuing to buy phosphate from the bitterly disputed region.
The Saharawi people consider the phosphate to be stolen by Morocco, which annexed their territory in the 1970s 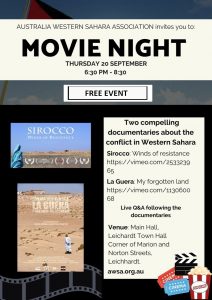 A showcase of two mini-documentaries (30min each) on the plight of Western Sahara – Africa’s last colony and a UN-disputed territory.
The screening will be followed by a Q&A.
Learn about this ongoing and little known conflict that has persisted unresolved since Morocco’s invasion of Western Sahara in 1975

Drinks and nibblies will be available with proceeds going to support awareness-raising for Western Sahara.
Invite your friends and family and make a night of it.   Event flyer attached

END_OF_DOCUMENT_TOKEN_TO_BE_REPLACED 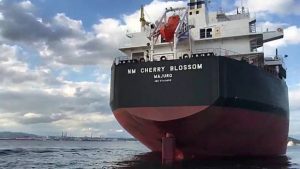 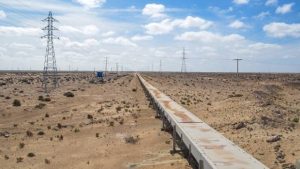 The world’s longest conveyor belt in the Sahara Desert. 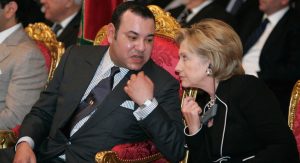 Hillary Clinton did two huge favors for Morocco during her tenure as secretary of state while the Clinton Foundation accepted up to $28 million in donations from the country’s ruler, King Mohammed VI, according to new information obtained by The Daily Caller News Foundation Investigative Group.
Environmental Protection Agency (EPA) chief Lisa Jackson tried to shut down the Florida-based Mosaic Company in 2011, operator of America’s largest phosphate mining facility.

“A tremendous opportunity exists for President Donald Trump to resolve a long-simmering foreign policy conflict over Africa’s only remaining colony, Western Sahara, as it is a stark illustration of exactly the themes on which he campaigned.
When Trump ran for president, he spoke often about the “forgotten men and women” and highlighted how corruption in government can lead to much suffering and unfairness and vowed to “drain the swamp.”…..(cont.)