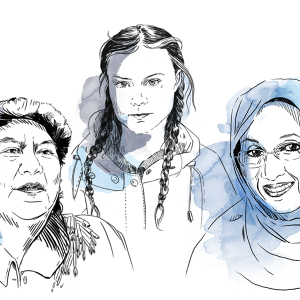 The 2019 Award goes to Aminatou Haidar (Western Sahara), Guo Jianmei (China), Greta Thunberg (Sweden) and Davi Kopenawa / Hutukara Yanomami Association (Brazil).
The Laureates were announced in Stockholm, Sweden, on 25 September 2019 at a press conference at the International Press Centre at the Swedish Ministry for Foreign Affairs.
Ole von Uexkull, Executive Director of the Right Livelihood Foundation, commented: “With the 2019 Right Livelihood Award, we honour four practical visionaries whose leadership has empowered millions of people to defend their inalienable rights and to strive for a liveable future for all on planet Earth. 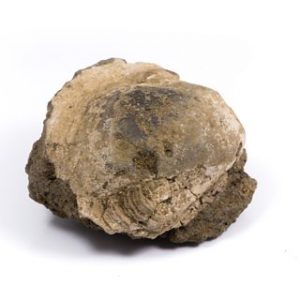 Matt Davies travels to Morocco to speak to Nada Elmajdoub, an executive at the national phosphate company OCP. He also hears from Mohamed Kamal Fadel, a spokesperson for the Polisario Front, which is bringing legal challenges against Morocco’s phosphate exports in its bid to win independence for Western Sahara; Professor Stuart White of the University of Technology Sydney questions the sustainability of the planet’s usage of mined phosphates to boost crop yields, plus Stephen Zunes, a professor of Middle East politics at the University of San Francisco, explains the history of the Western Sahara conflict and how Morocco gained the upper hand.