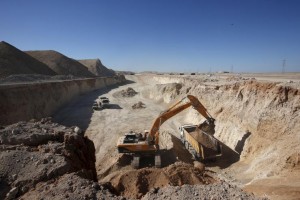 Fertiliser producer Incitec Pivot Ltd. (ASX:IPL) is the last Australian importer of rock phosphate from the disputed territory of Western Sahara, a report has found. In 2015, Incitec Pivot imported 63,000 tonnes of phosphate worth US$7.48 million and constituting one third of its superphosphate fertiliser mix. “We have been in touch with Incitec Pivot for many years with letters explaining the issue to them and meeting them, but we haven’t been successful in convincing them to end their illegal exploitation of this resource,” said Kamal Fadel, Australian representative of SADR’s governing party, the Polisario Front, and head of the SADR Petroleum and Mining Authority. (cont…)