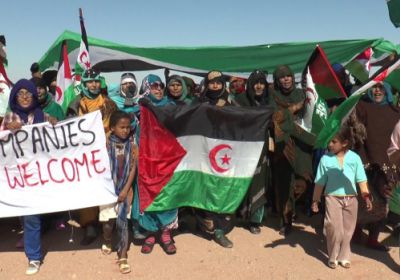 The December 2016 ruling by the European Court of Justice reaffirmed that Morocco had no sovereignty over Western Sahara and put an end to 16 years of (illegal) application of the EU-Morocco trade agreements in relation to that territory. The Commission and the Member States have been at pains to find a solution that would conform with the ruling, yet placate their Moroccan partner. In other terms, the EU has embarked on an illusory attempt to square the circle of upholding European law while continuing to support the decades-long violation of international law that constitutes Morocco’s occupation of Western Sahara.

The Court’s ruling was followed by months of confused mumblings from the Commission, increasingly inquisitive Members of the European Parliament (mainly from the Greens/EFA group) and nervous signals from the Moroccan government. Finally the Council decided to simply ignore the highest judicial European authority and renegotiate with the Kingdom of Morocco a mere addendum to the existing EU-Moroccan Agreement that would extend to Western Sahara.

Seemingly, the grand plan, concocted by the Commission and endorsed by all the 28 Member States in the form of a (secret) negotiation mandate adopted on 29 May 2017, would consist in turning the past de facto practice of assimilating (plundered) products from Western Sahara with Moroccan ones – the practice which was struck down by the Court – into a de jure one. If confirmed, this would basically mean full contempt of court and (dirty) EU business-as-usual in Western Sahara.

In contrast with the ongoing talks that are hidden from public scrutiny, the injunction from the Court on this matter is very clear and public: Western Sahara is “separate and distinct” from the Kingdom of Morocco and it must be considered as a third party in the relations between the EU and Morocco. In practical terms, this means that the consent of the people of Western Sahara is needed for any economic activity concerning their territory and their natural resources, and that no Moroccan entity has the sovereign capacity to express that consent.

One would think that the Court’s requirements leave no room for manoeuver; however, it seems that the Commission is applying a high degree of creativity to the negotiations, as shown by several replies to recent parliamentary questions from EQUO (the Spanish Green party) to the Spanish Government. According to the latter, these negotiations only seek to involve the people concerned by the agreement, without requiring any explicit consent formulated by the Sahrawi people. Furthermore, it seems that the negotiations are only taking place between Morocco, the occupying power, and the EU, without any dialogue with the POLISARIO Front, the official UN-recognized representative of the Sahrawi people. Just imagine the general outrage if the EU negotiated with Russia over trade preferences for products coming from Crimea (and through token consultations, “involved” the local population, Ukrainians, Tatars and Russians alike)!

It is astounding to see how the Commission is contradicting its own public position in front of the Court. Indeed, the Commission stated during the proceedings that the application of the EU-Morocco agreements to Western Sahara “could be interpreted as an infringement of its people’s right to self-determination and thus affect the legal situation of that territory, as it gives a degree of legitimacy to the Kingdom of Morocco’s claim to sovereignty”. Yet, a few months later, the Commission is doing precisely that which it had denounced in court. Clearly, the Council and the Commission now consider that assuaging the Moroccan government – who has spared no efforts to remind the EU of its migration gatekeeper role in its southern flank – takes precedence over the value of its word and beyond that, of upholding European rule of law.

In addition, it is fundamental to recall that Western Sahara has undergone a dramatic process of demographic engineering over the course of more than 40 years of occupation, and the local Sahrawi people are now largely outnumbered by Moroccan settlers. Playing with the semantics of “local population” or “people of the territory”, as the Commission appears to be scheming in its trade talks, will hold no weight in front of a court of law and history books: the only entity entitled to give its consent is and will remain the Sahrawi people.  Moreover, claiming that trade with the territory will bring benefits to the local population is rubbished by the simple fact that the overwhelming beneficiaries from the exploitation of local resources appear to be influential Moroccan entrepreneurs, who run the export-oriented businesses, and their Moroccan settler employees.

Yet, beyond this exercise in rogue diplomacy, lies another astounding issue: the Commission’s conduct of reckless trade negotiations. In an arguably unique case, the Commission has engaged in the negotiations over Western Sahara without any prior impact assessment or basic trade figures in hand. Indeed, the Commission appears to have absolutely no trade data (as officially confirmed among others by Eurostat and several Member States, including by Spain) nor is it able to indicate what products will enter the EU at a preferential tariff. In a reply to the European Parliament’s trade committee, Commissioner Malmström stated that the volume of trade from Western Sahara into the EU amounted to “just 7,000 EUR” (sic) in 2016. Unless this is a display of total disdain for the legislator, the Commissioner has just admitted on record that the file is but a fool’s game.

Can one only imagine DG TRADE sitting at the negotiation table with the Japanese over JEFTA without having a precise overview of current bilateral trade with Japan? Yet, this is precisely what the Commission is doing in its Western Sahara talks. In such circumstances, the Member States and the European Parliament, who will be voting on the outcome of the negotiations, will be at pains to assess the extent to which the Commission will have defended the interests of our European consumers and producers and to demonstrate to the European citizens that they have made an informed vote on their behalf.

By legitimizing the continued Moroccan exploitation of the natural resources of Western Sahara, the EU appears to have embarked in a trade negotiation process that directly contravenes the ECJ ruling, breaches basic principles of international law, and normalizes an illegal occupation that not a single UN member State, including the 28 EU Member States, has recognised. Needless to say that the EU’s stated commitment to supporting the UN-led peace efforts (stalled for over a decade) rings hollow when in practice, it actively supports one of the parties in conflict and allows one side to further entrench its control over the territory of the other.

Rather than acting as responsible and law-abiding policy-makers, our diplomatic ostriches are seeking to remove from their sight the hard reality that 1) Western Sahara remains illegally annexed by the Kingdom of Morocco while it is a non-resolved colonial conflict by the United Nations; 2) that complicity in the exploitation of natural resources stolen from its people is both legally wrong and morally repugnant, and 3) that rulings from the European Court of Justice cannot be ignored. Evidently, none of these hard facts will dissolve themselves by simply digging one’s head in the sand. It is high time that the Commission and the Member States face reality, respect European and international law and act constructively in support of a sustainable and fair solution to this longstanding conflict. A solution which will allow at long last the Sahrawi people to reunite and to enjoy their inalienable right to self-determination and remove a lingering geopolitical thorn that impedes Euro-Mediterranean relations.